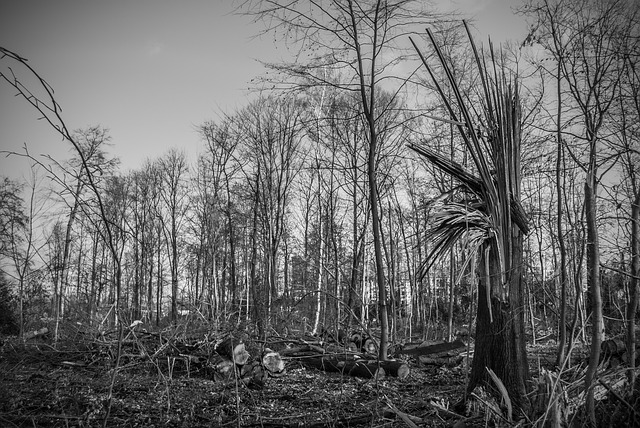 Hear the word of the Lord, O kings of Judah and inhabitants of Jerusalem. Thus says the Lord of hosts, the God of Israel: I am going to bring such disaster upon this place that the ears of everyone who hears of it will tingle. Because the people have forsaken me, and have profaned this place by making offerings in it to other gods whom neither they nor their ancestors nor the kings of Judah have known, and because they have filled this place with the blood of the innocent, and gone on building the high places of Baal to burn their children in the fire as burnt offerings to Baal, which I did not command or decree, nor did it enter my mind; therefore the days are surely coming, says the Lord, when this place shall no more be called Topheth, or the valley of the son of Hinnom, but the valley of Slaughter. And in this place I will make void the plans of Judah and Jerusalem, and will make them fall by the sword before their enemies, and by the hand of those who seek their life. I will give their dead bodies for food to the birds of the air and to the wild animals of the earth.

When faced with the promises of judgment regularly uttered by the God of the Old Testament, many modern readers, including Christians, recoil. “That’s not my God,” they say. “My God is a God of love, not judgment!” That used to be me, actually. I would skim over passages of punishment and breathe a sigh of relief that, for whatever reason, Christ had inaugurated a new covenant with a transformed God who had put away his smiting stick.

After spending a recent weekend at Powell House reflecting on prophetic ministry with Jonathan Vogel-Borne and Debbie Humphries – an experience I was blessed to share with some friends from the Friends of Jesus Fellowship – I now understand two huge reasons that this view is hopelessly wrongheaded: the testimony of Jesus and the intimate connection between judgment, justice and goodness.

One of the key elements of following Jesus is trusting his judgment. I can’t claim to “take up my cross and follow him” while simultaneously disagreeing on where we are going. Faith in him may sometimes take a bit of prodding, but it isn’t optional. Jesus treasured his relationship with a God he described as tender, loving and patient. At the time of Jesus’ ministry, it would have been ridiculous to distinguish between a wrathful Old Testament God and a merciful New Testament God: the New Testament hadn’t been written yet! So if I perceive a difference in God’s fundamental character between the Hebrew scripture and the Christian one, either I’m wrong or Jesus is. I know whose perspective I trust more!

In any event, pitting love against judgment is a false dichotomy. Consider the recent events in St. Louis, for example. A police officer said of Black motorist Anthony Lamar Smith – on tape – “I’m going to kill this motherfucker, don’t you know it,” then proceeded to pursue the motorist in his car for a while before indeed fatally shooting Smith and, from all indications, planting a weapon in his car. Though the officer explicitly stated his intention to take Smith’s life and took his life without apparent justification – the standard for first degree murder – and did it all on tape, he was acquitted by a judge. Rather than experience the weight of judgment for what had every appearance of a serious crime, he was given a pass to continue in wrongdoing. Is that what love looks like?

It is not – especially since the officer made no confession of guilt and no commitment to treating those he has promised to serve and protect differently in the future. It is not – because officers in St. Louis are literally bragging about slaughtering Anthony Smith, even as they brutalize and intimidate the men, women and children who dare to protest. It is not – because, without repentance, the false judge and the corrupt official have no place in the kingdom of heaven.

If you believe this is how God acts – if you believe that the comforts of faith rightfully belong to those who revel in evildoing, if you believe in a God who saves us in our sins by confirming wickedness rather than saving us from our sins by teaching us a righteous way of living – then please consider the possibility that maybe you are the one worshiping a monstrous God, not the ancient Hebrews.

None of this makes those promises of judgment – including those uttered by Jesus himself – easy to read. Thinking about the pain and suffering of our fellow man should never be easy. But the alternative – a God who does not care whether we try to do right or celebrate doing wrong, who does not distinguish between the man who suffers for the sake of righteousness and the one who cheerfully inflicts suffering – is too terrible to contemplate.